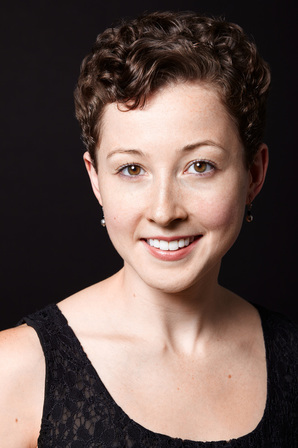 Macy Sullivan (Camas, WA) is a New York City-based dancer, collaborator, and teaching artist.  She dances for Caleb Teicher & Company and Dance Heginbotham and has also enjoyed projects with the Merce Cunningham Trust, The Chase Brock Experience, The Bang Group, and Pat Catterson.  In 2017, she made her film debut in Alientologists (Dir. Tyler Rabinowitz) followed by SlowDancing/Trio A (Dir. David Michalek).  Since its 2013 premiere, she has performed annually as Peter in Works and Process’ Peter & the Wolf with Isaac Mizrahi.  Prior, she premiered the role of Marie in Chase Brock's The Nutcracker.  Sullivan also appeared in the off-Broadway production of Oklahoma! (Dir. Daniel Fish) as well as The Poor of New York (Dir. Tyne Rafaeli).  Having performed internationally and domestically at venues of various sizes, she finds equally thrilling the intimacy of small performances spaces and the grandeur of large theatres.

Sullivan has been teaching on the East Coast since 2008 and began teaching internationally in 2013.  She joined the faculty of Dance for PD® and Together in Dance in 2017 after touring Southeast Asia with Dance Heginbotham through DanceMotion USA.  Short-term engagements have included work with The Juilliard-Nord Anglia Performing Arts Program, Cayman Arts Festival’s Education in Motion, New York City Department of Education’s Middle School Boot Camp, and Lincoln Center Kids!  She is a two-time recipient of the Goldman Arts Enrichment Teaching Fellowship in partnership with Harlem School of the Arts.  Sullivan’s current efforts to increase the accessibility of arts programming in public schools stem from volunteer experiences through Artists Striving to End Poverty and The New Orleans Project.  Many thanks to The School of Oregon Ballet Theatre for the first opportunity to dive into this important line of work.

A three-time recipient of the Gluck Community Service Fellowship, which brings performing artists to New York City healthcare facilities, Sullivan gained experience creating multidisciplinary work shortly after arriving in New York City and has been creating since then.  Most recently, she returned to the Center for Innovation in the Arts in 2018 to choreograph Double Stars (Dir. Helen Cespedes) after premiering her own multimedia work, Cubicle, the year prior.  Her work with actors began in 2015 under the direction of Tyne Rafaeli for Classic Stage Company’s A Midsummer Night’s Dream and Keen Teens Festival’s The Astonishing and Dangerous History of Mazefield the Frog.  In 2012, she performed in ChamberFest's first interdisciplinary program at The Juilliard School following some of her earliest collaborations with jazz composers Kyle Athayde and Samora Pinderhughes.

At 15, Sullivan began directing children's rehearsals for Oregon Ballet Theatre's production of George Balanchine's The Nutcracker.  In 2011, she assisted Josie Moseley in creating and setting work on the Martha Graham Dance Company, later appearing on PBS in an Oregon Art Beat documentary.  Today, beyond dancing for Caleb Teicher, John Heginbotham, and Chase Brock in their respective companies, Sullivan has worked for each of them in additional capacities (rehearsal director, dance editor, assistant, and/or stager) and loves contributing to artistic processes in these ways.

Sullivan’s passion for dance grew through tap dancing first.  She represented the United States of America in the World Tap Dance Championships in 2003, and was unanimously awarded the First Place Title.  Soon after, she transferred her focus to studying ballet at The School of Oregon Ballet Theatre while also nurturing a professional interest in science, which she was thrilled to revisit in 2009 as an Artist in Residence at the American Psychological Association's Catalyst Project for emerging chemists.  A new member of the Lindy Hop community, she is thoroughly enjoying her current exploration of social dance as both a leader and follower.